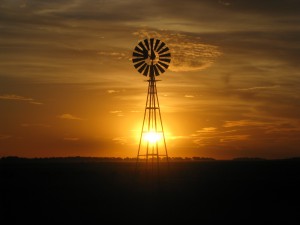 Argentinians have been purchasing fossil fuels for electricity generation at prices that are well in excess of the cost of wind power. The country has massive wind power potential. The problem has been accessing the capital needed to exploit that potential.

The China Development Bank Corporation has agreed to provide Grupo Isolux Corsan SA project in Argentina  with $261 million of loans to fund the purchase of 100MW of Chinese turbines, according to a Bloomberg report on 15 November. It is the latest step in China’s growing commitment to the Argentinian wind industry.

The latest loan deal follows the Beijing Construction Engineering Group International’s agreement in July 2012 to a US$3.5 billion investment in wind energy in Argentina in partnership with local project developer GEASSA.  The Chinese provide the wind turbines, but they are also arranging the capital loans required, through a Chinese development bank.

The Chinese investments are a victory for the Argentine government’s renewable energy development policies in the face of major challenges. Since Argentina defaulted on US$95 billion in 2001, the country’s government has found it extremely difficult to attract foreign investment for infrastructure development.

The Chinese state-owned company plans to build a 1,350 MW project on the Gastre plains in the Patagonian province of Chubut. Construction should start in December 2012 and the entire project, across a 45,000 hectare site. It should be completed in 300 MW stages within 57 months. At the same time, a 500KV HVDC transmission line, 295 km long, will be built to connect the Gastre and other Patagonian wind projects to the national grid.

Just as significant, says Argentine lawyer Cecilia Giralt, is the financing for the Koluel Kayke II wind farm. Argentine wind turbine manufacturer IMPSA has gained US$52 million of long-term financing from banks, including the Latin American development bank CAF, for the wind project in the Province of Santa Cruz. It uses a pure project financing model, where repayments will come from the revenues generated from the sale of energy. That is a major vote of confidence in the soundness of investments in Argentina’s renewable energy sector, she believes.

Argentina’s economic model splits economists of the left and right. Despite booming exports and GDP growth for the last ten years and expectations of growth in 2012 and 2013, the OECD placed Argentina in its ‘most risky’ category in a country investment assessment in January 2012.

Since 2002, to boost growth, the Argentinian government has kept domestic and industrial electricity prices artificially low (at times, half or one third of the prices in other Latin American countries). Suppliers to the wholesale electricity market are compensated for their losses with government subsidies.

There was virtually no investment in electricity infrastructure or new generation for ten years as a consequence of the government’s energy policy, says Cecilia Giralt. Argentina generates 60% of its electricity from fossil fuels – mainly oil and gas. Natural gas reserves will be depleted within ten years. The very low cost of electricity has not encouraged power saving. Electricity demand has grown by around 4% per year. Argentina has become a net importer of electricity.

Because of the lack of domestic market competition, Argentina’s poor financial reputation, and the inflexibility of the power purchasing system, Argentina pays well over international rates for its energy purchases. Cecilia Giralt calculated that the $1,800 million spend on 7,700 GWh of energy imports in 2008 cost the country around US$230 per MWh. As the price of oil has risen, subsidies are putting increasing pressure on the Argentine state revenues.

By comparison, in 2012, wind developers in Brazil and Uruguay have been signing contracts to supply power to their grids at less than US$65 per MWh.

Yet, until recent years the shortage of capital resulted in virtually no development of Argentina’s vast wind power resources. The Chubut region alone has an estimated potential of 500,000 MW of wind resource, according to the region’s wind power center. Many parts of Patagonia offer capacity factors in excess of 40%

The Argentinian government’s first attempt to incentivize investment in renewable energy development was Law 190/2006, passed in December 2006. It set a target for generation from renewable energy sources of 8% by 2016. The law introduced feed-in tariffs for wind, biomass, small-scale hydropower, tidal power and geothermal generation. The feed-in tariffs, set in 2009, provide generation developers with $5 – $10 per MWh above the spot price on the wholesale energy market.

The FiT scheme  failed, says Cecilia Giralt. Because of the energy subsidies, the spot prices on the wholesale market are well below the realistic price of electricity generation from renewable sources. An extra $10 per MWh barely began to cover the difference.

The government’s second effort has been more successful. In 2009 the government established a state utility (ENARSA) to purchase at least 1 GW of renewable energy capacity. Renewable energy developers bid for power purchase agreements at fixed rates, guaranteed for 15 years. This is known as the GENREN program.

The first power purchase agreements were signed under GENREN in 2010. Seventeen wind farms with a combined capacity of 754 MW were awarded PPAs for prices between $120 and $134 per MWh. Biodiesel, small scale hydro and PV PPAs were also awarded. Contracts for a total of 895 MW of generation capacity were awarded and investments of US$743 million were attracted into Argentine clean energy projects.

The second stage of GENREN was established under Law 108/2011. It enables CAMMESA, Argentina’s wholesale electricity market regulator, to sign power purchase agreements via ENARSA with renewable energy providers. The PPAs run for 15 years and average $125 per MWh.

The wind project owners will be paid around US$125 per MWh for their power, guaranteed for 15 years. The local government in Chubut is also providing all wind power developments with five years tax-free, followed by five years of reduced taxation on any wind-generated income from the region.

The GENREN approach may have been successful in attracting foreign direct investment, but it is less than ideal, according to Giralt. The best prices would be provided by a competitive and flexible market. If wholesale electricity spot prices became more realistic, the feed-in tariff regime could come to life.

There are moves in that direction. The provincial governments are starting to allow rises in retail electricity tariffs, while the national government is cutting the subsidies it provides. It is the start of a process towards more realistic energy pricing, says Cecilia Giralt. But it will be gradual. Because of the social consequences, she does not believe that the government will remove all electricity subsidies before the next election.

At an average of $125 per MWh, the wind project developers are being awarded power purchase agreements at rates that are well above Latin American market norms. The Argentinians can buy power well below the rates they have paid for liquid fuels.

It looks like a win-win situation for everyone involved. Provided the Argentinian economy does not go off the rails.

← The Fight Against Climate Change Must be Obama’s Legacy
U.S. Offshore Wind Turbines Now a Near-Certainty →