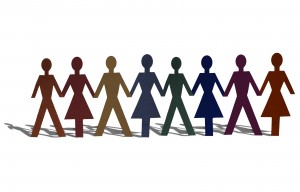 Community ownership may be the best way to achieve rapid renewable energy development. Early wind power projects were often small-scale and based on cooperative principles where the governance and the benefits were evenly shared. That was somewhat swept aside in the 1990s, Industrial-scale renewable energy needs industrial-scale, efficient, market-based investment, it was argued.  As the climate changes, community ownership may show unexpected strengths.

In April 2012 the Scottish government approved construction of a 370 MW wind farm on the Shetland Islands off the North coast of Scotland. The wind farm will be 50%-owned by people from the community and 50% owned by Scottish utility SSE. Most of the electricity will be exported to consumers on the Scottish mainland.

After capital repayments and operational costs, the wind farm is expected to earn nearly US$50 million each year for the local shareholders.  Over $30 million of those earnings will go to the Shetland Charitable Trust to fund community enterprises, energy efficiency and further renewable energy projects, as well as training courses for local people.

The Shetland project takes community ownership of renewable energy projects in the UK to a new scale. There have already been a number of successes. The Westray community on the nearby Orkney Isles raised around $2.4 million for a single wind turbine. It generates a return of more than $320,000 each year towards community causes.

The early wind industry in Denmark was closely linked to ideas of community ownership. At the end of the 1970s all wind projects were owned by local people, remembers Jane Kruse, former Chair of the Hornstrup Mark Windmill Cooperative in the Thy region of Northern Denmark. Across Denmark, more than 150,000 families invested in community wind turbines. Hornstrup Mark purchased and installed a 200kW wind turbine that generated electricity for 100 families.

“Local people could buy a maximum of 9 shares. Each share entitled you to 1,000 kWh per year. If you wanted more you had to provide documentation to show that you used more than the 9 shares allowed,” says Kruse.

But support for the community cooperative approach was gradually eroded during the 1990s with the connivance of the Danish government. The government wanted to maximize the power output from each potential wind turbine site.

Where before Jane Kruse and her fellow community members negotiated with local farmers to purchase the best wind turbine site, now a central planning authority specified exactly where wind turbines could be erected. The effect, says Kruse, was to increase the purchase prices of those spots on the map by up to 100 times.

At the same time, the restrictions on ownership and the number of shares that could be owned were removed, to allow capital from outside the region to be invested in wind turbines.

Finally, cooperatives could sell their existing wind turbines to private companies who would repower the wind farms. In 2005, Jane Kruse’s cooperative was one of those that took the private money.  Where each household had been restricted to 9,000 kWh, the new system could provide a single private owner with revenues from more than 5 million kWh per year for each wind turbine they owned.