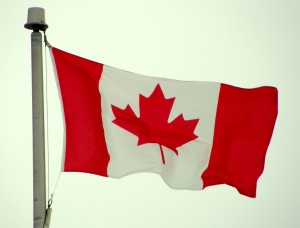 The phrase ‘renewable energy in Canada’ makes no sense.

“Canada is a confederation and not a federation. And that distinction is really important for understanding how energy flows – it doesn’t matter whether that is electricity, gas or oil,” says Professor Michal Moore from the Institute for Sustainable Energy, Environment and Economy at the University of Calgary.

Because the provinces are the real drivers of energy policy in Canada, rather than the federal government, there is what Professor Moore calls “a patchwork quilt” of incentives, protections, taxes and tax breaks to promote renewable energy development.

The Canadian Federal government gained worldwide attention for its very public retreat from its Kyoto greenhouse gas emissions commitments. The Conservative federal administration was re-elected in May 2011 on promises to cut government spending and to improve Canada’s competitiveness following a painful retraction during the financial crisis. Canada’s GDP fell by 2.5% in 2009 before recovering to 3% growth in 2010 and 2.4% growth in 2011.

The federal government is providing investment for clean energy research. But renewable energy has to compete for funding with projects to develop carbon capture and storage, and processes to reduce the environmental impact of tar sands’ processing.

There is a compelling case for government to support promising clean energy technologies along the s-curve from proof of concept to commercialization, says Professor Moore. But, the federal government is not currently seeking to play an expansionist role.

From full support to raw competition

The patchwork of provincial regulation covers a very wide spectrum. Power generators in Nova Scotia face fines if they fail to meet the province’s Renewal Portfolio Standards. The province recently offered a feed-in tariff of 49.9 cents per kWh for community wind projects and around 65 cent per kWh for marine power. (The Canadian and US dollars are roughly equivalent in value.) There are also plans to hold competitive auctions for a further 100 MW of tariffs from largescale wind power. Some 90% of the power consumed in Nova Scotia at the moment is generated from coal. The plan is to provide 25% of electricity from renewable sources by 2015 and 40% by 2020.

By contrast, Alberta – the source of tar sands – has no Renewable Portfolio Standards. In its fully liberalized markets wind or solar have to compete against all other fuel sources in the pool. There are no long-term power purchase agreements on offer, making investment in infrastructure to transmit power from windy areas to the grid a gamble. Alberta’s oil sands are the world’s second largest reserve of oil after Saudi Arabia. Processing it generates 22% more emissions than the extraction of conventional oil.

Yet, by 2007 there was already 400 MW of wind installed in Alberta. The Albertan wind sector has proven to be innovative and entrepreneurial. They have taken advantage of the Californian power sector’s need for Renewable Energy Certificates. The Californian generators will need to produce RECs for 33% of the power they produce by 2020. A quarter of those RECs can be generated outside California. Although all the power the Albertan wind projects will produce will be sold to the provincial pool, contracts have been signed for the RECs with the Californians.

“If you look at the trading relationships, especially in terms of energy, they are dominantly north-south,” says Michal Moore. Plans to create a rational grid capable of moving electricity coast-to-coast have always foundered on provincialism. There are effectively two grids. One in the Atlantic East and a second West from Ontario. The provinces have always found it easier to service a US client than to establish an inter-provincial agreement.

The market for hydropower from the province of British Colombia in the West is California. Alberta is looking to construct the Keystone pipeline to take its tar sands oil south. The same could be said of Ontario further to the East.”

British Colombia, on Canada’s Pacific coast, is the only province to introduce a carbon tax. The tax of $25 per tonne of emissions covers about 75% of the province’s sources of emission. The tax is designed to discourage CO2 generation but to be revenue neutral. For instance, the tax adds a few cents to the cost of gasoline and the tax funds raised are returned to the public through lower income tax rates. British Colombians are now the lowest per capita gasoline users in Canada and the province has the lowest income tax rates. Emissions have also reduced – but by very little. In Michal Moore’s eyes, the tax has failed: “It has not resulted in a payment stream that somehow diminishes the carbon production of the principal generators – cars or power plants.”

The most ambitious renewable energy promotion plan was attempted by Ontario province. Ontario is faced with the need to replace old coal plants that form 80% of its generation capacity. In 2008, the Liberal provincial government sent up what Ontario’s Premier McGuinty called: “a bright red flare to the rest of the world that we are in the game and playing hard when it comes to renewable energy.”

The provincial feed-in tariffs included solar support of up to 80 cents per kWh as well as wind support at a more modest 13.5 cents per kWh. They also sought to boost local manufacturing with a requirement that 60% of the content of the renewable technology had to come from within Ontario. The EU threatened to bring Ontario before the WTO.

The result of the incentive package was something of a gold rush. Ontario is actually at the same latitude as Italy, though considerably colder. Returns of up to 20% on capital investment for smallscale PV were claimed. The permitting authorities approved 2,000 large projects and 25,000 small projects over the next two years, but it had many more applications than it could cope with. Some community groups campaigned as wind turbines sprang up.

In the recent provincial elections, where wind turbines and the feed in tariff were a major issue, the Liberals held on to power. But concerns mounted about the potential cost of the Feed-in tariff program. The provincial government declared a stop on further renewable energy projects in late 2011 while it reviewed the price structure. More than 6,500 large projects and over 8,000 small projects – comprising more than 12.4 GW of generating capacity – await the outcome. One of those projects is a 300 MW offshore wind project on Lake Ontario that originally received approval for a feed-in tariff in 2010. It has ordered turbines from Siemens on the strength of that approval. Now it must wait. The solar industry alone created over 8,000 jobs in Ontario during the boom.

Some in the industry expect the feed-in tariffs to continue at far more competitive rates after the review. The wind industry believes that its tariff of 13.5 cents per kWh is competitive and should not be reduced.