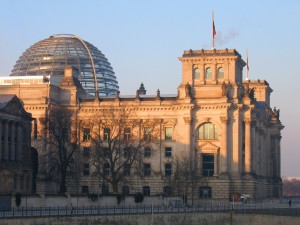 The German federal and state governments injected more than €2.72 billion of new money in 2012 into leading universities and programs to improve Germany’s research capabilities and ability to compete against the global elite in the university sector.

This follows an injection of €1.9 billion in 2007. It went directly against the predominant international trend towards shrinking government budgets for higher education.

Over 220 draft proposals for funding under the scheme were submitted from 64 universities. A major evaluation process whittled that number down to 59, who were asked to submit full applications. More than 200 reviewers, most of them from outside Germany, were employed in the evaluation process.

Twenty-five applications for graduate schools funding, designed to promote universities’ ability to support and develop young researchers, were selected and those universities were asked to submit full proposals. Each successful graduate school receives between €1 million and €2.5 million per year for five years. Funds can be used for scholarships as well as staff and overhead.

“Clusters of excellence”—designed to foster top-level research in a specific (often interdisciplinary) field will receive between €3 million and €8 million per year for the round’s five-year duration.

Universities that have won funding for at least one graduate school and one cluster of excellence will be given the opportunity to apply for funding for an institutional strategy designed to promote top-level university research. Universities receiving funding for this line earn membership in a group of  “Excellence Universities,” seen by some as the beginnings of a German Ivy League.

The 2007 round of Excellence Initiative funding created more than 4,000 additional academic positions at universities and research institutes and has significantly changed the German higher education landscape, including instilling a new sense of differentiation and competition.

Visit Research in Germany to view resources for international researchers.