Gossip in the Workplace and Management 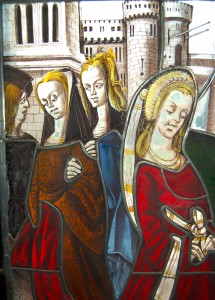 Gossip can be divisive, creating an “in” group and an “out” group. Photo: J L Burgess/stckxchng

Considering how important gossip is for the operation of world markets and business, it is relatively under-studied, says Grant Michelson, Associate Dean for Research at Audencia Nantes School of Management. The world’s stock markets are grounded in a context of rumor and speculative activity, where people try to navigate using information that is more or less reliable.

Michelson researches a range of workplace behaviors that are ubiquitous but are not recognized as affecting organizational performance — such as bullying and intimidation, office romances or organizational gossip. Traditionally, communications in these areas were oral — and therefore deniable — but technology has added a new twist that may help researchers in the future.

Trust is a major difference between rumor and gossip. Rumors don’t require trust as a prerequisite. To gossip you trust that the person you are sharing the information with will hold it in confidence. At least three parties are involved in gossip: the gossiper, the recipient, and the target. Sharing confidences about yourself isn’t gossip.

“As a manager you are very conscious of what people think of you,” says Michelson. “Am I respected … liked … seen as tough … uncompromising … fair?” Gossip can have a powerful effect on your reputation, whether positive or negative. But even if the effect is not desired, any attempt to stop the flow of gossip is bound to fail.

“We all participate in the information stream. We are constantly receiving information, screening elements out and taking on board what is current or of immediate benefit so that we can make informed insights,” says Michelson.

Gossip tends to contain an evaluative judgement. That judgement may be explicit, or it may be an apparently neutral statement that includes an implicit judgement. Telling a colleague that “Sophie has been given an office on the third floor” may be a neutral statement. But if you and your colleague know that all senior management have offices on the third floor and managers who joined the organization before Sophie share a space on the second floor, you are probably passing on an evaluative judgement.

“Gossip allows people to find out a lot about what is going on in an organization, but also to find their own place in the organization,” says Michelson. “People will always evaluate something in terms of ‘what does this mean to me?’”

Why do we listen?
When we listen to gossip, we do not assume it is all true. We know that people publicize successes that reflect well on them and like to forget their failures. There can be value in downplaying the successes of others, placing the blame for problems on others, or putting an ungenerous interpretation on the motives of others.

“I lean towards the ‘competitive’ model that people are fundamentally interested in trying to get ahead and therefore gossip can be one weapon in their arsenal as they try to maneuver through the voluminous circulation of information,” says Michelson.

But wait a second — if we know that gossip is likely to be biased and unreliable, why do we listen to it?

“This probably rests on people’s deep-seated anxieties and uncertainties,” says Michelson. “Fear and uncertainty go hand in hand.” Much gossip anticipates events or decisions with implications for the gossipers.

“There is also a cognitive dimension to gossip. We don’t like having gaps in our knowledge. We learn early as children to join the dots to form a picture. When we do not get sufficient information from formal sources, we turn to informal sources for additional pieces of information to fill the gaps and provide an explanation that makes sense to us.” If management information is irregular, incomplete or even untrusted, gossip and rumour will probably thrive.

Managers cannot prevent gossip, it is potentially damaging, and they cannot rely on it — but that does not mean that they should ignore it, says Michelson. He points to a British report on medical malpractice in which senior medical staff had heard gossip about misbehavior but ignored it and therefore failed to prevent disaster. The tone and content of gossip can also provide managers with insights into problems within the organization.

There may even be a role for gossip as a management tool. A manager could float ideas and test reaction “through the grapevine.”

“But enter those waters with caution,” advises Michelson.

– First published in the US on the Chronicle for Higher Education site (http://bit.ly/WlSmLF)

← Competition does not melt Corruption
Germany Top for Internationalization →