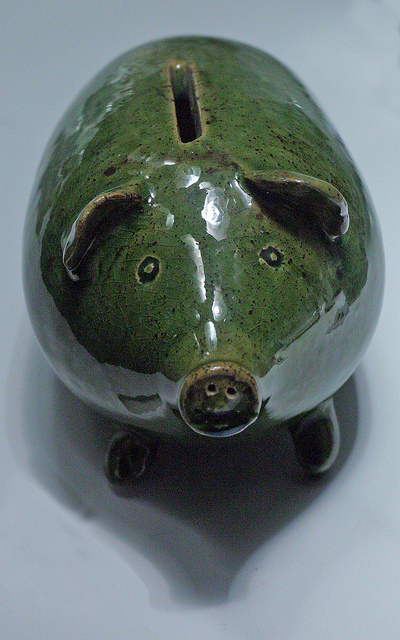 The UK government is recruiting staff for the world’s first green investment bank dedicated solely to investing in green projects. The Green Investment Bank will work towards a ‘double bottom line’ of significant green impact and financial returns. Meeting the need with the capital available will be a major challenge.

A UK Parliamentary Committee concluded that the capital requirements for the UK’s green infrastructure over the next 20 years could be as much as £1 trillion (US$ 1.5 trillion). Offshore wind will require up to £130 billion by 2020 as project developers move into deeper waters. Britain’s planned expansion of nuclear power could cost up to £40 billion. Significant investment will be needed in transport, waste, water and flood defences. Traditional sources of capital for investment in green infrastructure could not provide even half what is required in the time, says the committee.

The Green Investment Bank has a capitalization of £3 billion. That looks like a very small amount when set against the task. In effect, the funding will provide an endorsement that will give other investors confidence in projects.

“The money the Bank has is never going to be sufficient to meet the needs of greening the economy, so they have to find ways of using this to bring in private sector financing,” explains Andrea Finegan from Norwich Business School at the University of East Anglia.

The Bank will initially focus on offshore wind, waste and non-domestic energy efficiency projects. The Bank is intended to find a route past market failures and constraints by providing funding to boost the confidence of other potential investors in the projects. Analysis on the value of the Green Investment Bank concluded that, through targeted investments, the bank will be more efficient and equitable than alternative policies. Funding the projects through taxation would hit the UK energy consumer harder. The financial products on offer will range from loan guarantees to mezzanine and equity investments.

However, there are strict limits on the kinds of market failure this Bank is prepared to tackle. It will not provide grants or regional assistance, subsidised debt or equity, venture capital nor development equity. And it will avoid high-risk projects.

This is a time of change in the UK renewable energy sector. The government is also introducing a national infrastructure plan and electricity market reforms that will change the support regime for clean energy generation.

The Green Investment Bank is establishing offices in Scotland, where much of the offshore wind industry is located, and in London, near to the international financial markets. Although it is owned by the UK government, the Bank will operate at arm’s length.

The Bank is in an incubation phase at present. It will have to pass an EU ‘state aid’ test because of possible conflict with EU competition rules. Any financial products provided by the Green Investment Bank that are not already available in the market, or are not offered at affordable prices, are effectively ‘state aid’. The EU Commission would require evidence that the benefits of the Green Investment Bank balance the distortions they will create to market competition. State aid approval is expected in the spring of 2013. From 2016 the Bank is expected to have full borrowing powers. The UK government announced that it will only give the Bank borrowing powers if public sector debt falls.

Research prior to the establishment of the Bank argued that the investment portfolio should be weighted in favour of waste material recovery and non-domestic energy efficiency if green impact is the primary concern. If returns to the Green Investment Bank were the primary issue, then the Bank’s investment portfolio should be focused on offshore wind and electric vehicle infrastructure. In April the Bank announced the appointment of two fund managers to manage its first investments – an £80 million fund destined for investment in small-scale waste recycling, reprocessing and energy-from-waste projects.

Small part of the funding gap

The Bank will not invest in unproven technologies, it will always look to ensure there is a good possibility of a commercial return and it is expected to pay a dividend to the UK Treasury. If the Green Investment Bank is not prepared to tackle the risks that lead to market failures, it can hardly expect private sector investors to venture in, say critics.Andrea Finegan expects that regional development funding will also play a role. But that will not meet all needs:

“There is obviously still a gap. In the higher risk areas they are not providing venture capital or development equity. Currently, it is not clear where that capital is going to come from.”

← Policy Patchwork for Renewable Energy in Canada
Carbon Markets – Light at the end of the Tunnel or a Near-death Experience? →