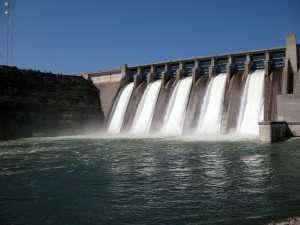 Hydro generation can balance wind energy and help solve the problem of wind power intermittency. Though, according to a report from the IEA’s Wind Task 24, Europe’s hydro generation has not been developed with balancing services in mind.

Close to 50% of Europe’s hydro storage capacity is in Norway, which has 84 TWh of hydro reservoirs. The potential hydro storage capacity across Europe is so vast that hydropower would be able to provide balancing services to the continent’s entire electricity network, not only imbalances caused by intermittency in wind power, according to Ivan Pineda, a research officer at the European Wind Energy Association

But within Norway, there is a lot of debate there on how much capability, rather than capacity, the country could provide to balance a major expansion in wind power, says Pineda. The lakes and rivers perform many functions other than energy generation that must be taken into account.

Most hydro facilities are not designed for balancing purposes. That is not a problem today, but it will require consideration as wind power expands. At low wind penetration levels into a grid (1% or so), wind integration impacts and costs are minor, according to the IEA Task 24 report. It becomes more costly and more complex as penetration levels increase towards 20%. Beyond 20% or so, changes in system operational practices, such as the inclusion of advanced wind forecasting models, are likely necessary to optimally integrate wind and hydropower.

There is no optimal figure for the ratio of hydro required to support a given capacity of wind power. “That will depend on a number of factors,” says Pineda.

An accurate estimate can only be achieved via a detailed simulation of the power system. The operational flexibility of the complete generation fleet, the system load, the level of forecast errors, the cost of wind energy and its marginal value, are just some of the factors that will determine the balancing services and storage needed.

“At the moment the connections between the Nordics and the centres of consumption in Europe are weak. That has to be improved dramatically to support the increase in the offshore wind capacity in the North Sea,” says Pineda.

Greater interconnection has operational and market advantages. Larger balancing areas allow easier integration of wind. As the area increases, localized peaks in supply have less impact and there are more opportunities for supply to find demand.

Large penetrations of wind power in a hydro-dominated power system will lower the spot price of electricity dramatically, according to the Wind Task 24 report. Wind integration costs and impacts tend to be reduced in market systems, especially those with many market actors and flexible resources. An efficient and liquid electricity market has a positive influence on the economics, frequently dominating all other factors.

Pineda argues that grid constraints are damaging the interests of wind turbine operators: “Zero costs or negative costs for electricity are symptoms of a market that is not working. What we have is a lack of capability to transport electricity from the places where it is produced to the places where there are potential consumers.”