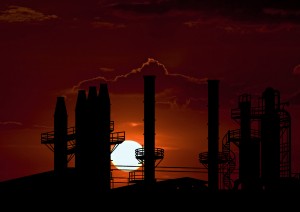 With India’s $1 trillion-plus economy achieving GDP growth of 8.5% in 2011, expected to increase to 9% in 2012, the Indian Government is unable to grow its energy infrastructure fast enough to meet demand. An extra 70 GW of power was planned between 2008 and 2012. It is likely that the final installed extra capacity will fall 30% short of that. Electricity demand is expected to double by 2020.

The Government has become increasingly conscious that its race for economic development could be sabotaged by the environmental consequences, says Dr Leena Srivastava, an Executive Director of the Energy and Resource Institute in New Delhi. Just three years ago the environment was given barely a mention in the Indian budget. In Finance Minister Pranab Mukherjee’s budget proposals published on 28 February this year, mentions of the environment are sprinkled liberally through the document.

A National Solar Mission was launched in 2008 by the Ministry for New and Renewable Energy with the aim of building 20 GW from solar sources by 2022. The Government will provide up to 90% support for setting up solar power plants and grants in aid of up to 30% of initial costs for other solar applications.

In its first three years, the Mission proposed support for the addition of 1,300 MW of solar power. Auctions to find developers for the new solar installations have been held and more are planned. Regulations and taxes on foreign direct investments have been relaxed in the latest budget. And small scale solar receives a further boost through a cut in duties on solar lighting and components for solar generation equipment. Installing 20 million solar lights in Indian villages would save 1 billion liters of kerosene every year.

Some of the artificial advantages provided to fossil fuels are also under threat. Fossil fuels for heat and cooking as well as transport are subsidised. The effects are regressive. At present, 40% of the subsidies on LPG go to the richest 6.75% of the Indian population. The government is improving its citizen identification systems. It should help to improve the targetting of subsidies to the most needy.

Click here to read the rest of this article