Nuclear Power for the UK – Does it Make Sense?

The UK government is guaranteeing the purchase of power from a 3340 MW nuclear plant at €110 per MWh for 35 years. Now they are looking for developers to build further nuclear plants. Does this make any sense? 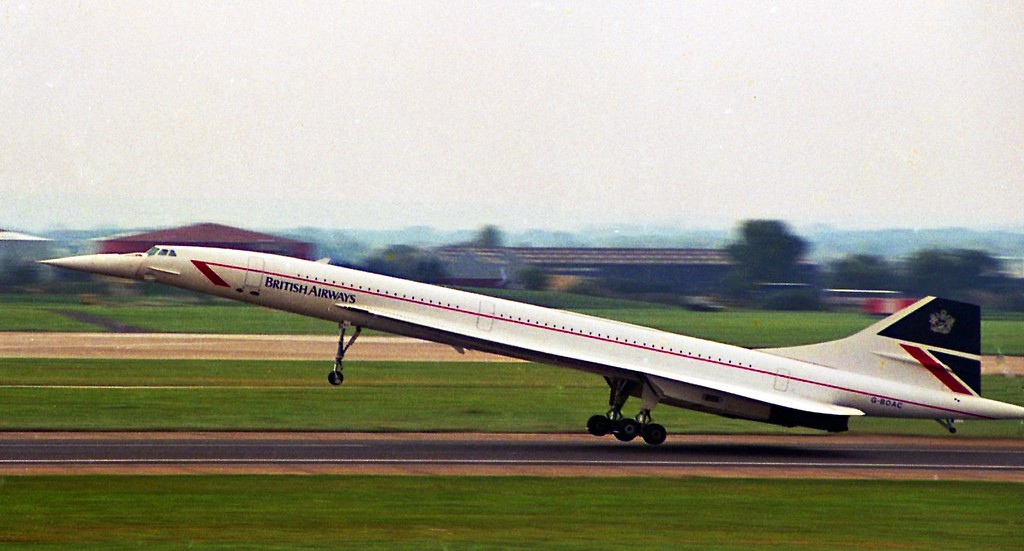 Nuclear power – the kind of thinking that created Concorde

The public trust in nuclear power is strong in Britain. All three major political parties back nuclear generation. When public support for nuclear crashed across Europe and the world following Fukushima, in Britain it remained robust. In Japan, just 2% want an expansion of nuclear generation. Some 44% of Britons want nuclear to continue at current levels or to expand.

Just ten years ago, nuclear power generation was expected to gradually phase out in Britain. It was the nuclear industry’s predictions of major cost reductions that changed minds. By 2006, a UK government Energy Review was speaking very positively about the future role of nuclear.

Nuclear’s 100% cost rises during the late 2000s do not seem to have dampened enthusiasm. The new Coalition government, elected in 2010, continued to speak of nuclear as ‘competitive’ with other sources of low carbon generation. They worked hard to find partners willing to build new reactors. The scale of the costs and risks involved left the government with only one potential partner by 2013.

Despite that strong public support, there was some shock in the media at the enormous cost to be paid for the 3340 MW two-reactor plant planned to open at Hinkley Point in South West England in 2023.

The operators of the plant will receive £92.50/MWh (€110/MWh) for 35 years. In addition, the government is offering the nuclear plant developers financing guarantees covering 65% of the construction cost. They will also provide insurance for the plant during its operation, and underwrite both decommissioning costs and waste management liabilities.

These are considerable ‘extras’. The costs of decommissioning the Sellafield nuclear plant in North West England have reached £70 billion (€84 billion) and may go higher. No site has been agreed to receive the nuclear waste from the Hinkley Point power station. That will surely lead to lengthy and costly disputes with local residents. And nuclear projects have a history of lengthy and costly delays.

The UK deal may be rejected on ‘state aid’ grounds by the EU Commission’s Competition Directorate.  The subsidies on offer to nuclear at Hinkley Point far exceed the subsidies on offer to many renewable energy technologies seeking investment across the continent. The Irish government is also taking action in the English courts, claiming a failure to undertake a “transboundary consultation” under the Environmental Impact Assessment Directive.

It is clear from ‘Presenting the Future’ a report from the UK Energy Research Council, published in November 2013, that the UK government’s insurance commitments are a gamble:

“Turning to recent forecasts specific to the UK, there are divergent opinions regarding future capital costs. The more optimistic forecasts make the judgement that significant cost reductions will occur by the mid- 2020s, effectively through various forms of learning as technologies progress from ‘first of a kind’ to ‘nth of a kind’

“By contrast, more pessimistic observers tend to place greater emphasis on the historical experience of costs rising during construction.”

Recent history, in the UKERC report, does not offer encouragement:

“Turning to out-turns during the last decade or so, the evidence shows that the estimated costs for nuclear new build between 2000 and 2010 have for the most part gone up, in some cases by more than 100% to over £4m/MW.”

While forecasts for renewables have been overoptimistic at times, the enormous capital costs, complexity, safety issues and timescales for a nuclear new build mean that when costs go wrong they can go spectacularly wrong.

“… it is evident that appraisal optimism has been a fairly consistent feature of nuclear costs analysis,” says the UK ERC report. “Estimates have typically not reflected the range of uncertainties, and have used inadequate contingencies given nuclear’s history of regulatory instability, as well as technical and construction difficulties. In addition, the importance of location and technology specificity has been undervalued, with insufficient weight given to the challenges presented by a profusion of different reactor types and sizes.”

The cost optimists are relying on benefits from learning. But it seems the learning curve dips downward when nuclear is involved:

“The literature suggests two reasons for ‘negative learning’.” According to the UKERC. “First, reactor and project scale-up has led to disproportionately cost-increasing complexity and resultant increases in construction times and component and labour costs. This might perhaps be described as ‘unlearning-by-doing at too large and complicated a scale’. Secondly, despite build elsewhere in the world, long gaps between isolated individual country projects may result in ‘organisational forgetting’ or ‘knowledge depreciation’ thereby compromising project management. “If construction is sporadic, learning effects will suffer.”

Are there dangers of organisational forgetting, knowledge depreciation, or sporadic construction that might affect nuclear build costs in the UK?

Britain last opened a nuclear power plant in 1995. Since then, its nuclear research capabilities have gradually run down. Today, there are only a few hundred people researching aspects of nuclear technology in the country. Much of the technologically challenging work for Hinkley Point will have to be carried out in France or China.

Worldwide, there are 17 fewer nuclear reactors in operation than there were in 2002 and the average age of those plants is 28 years, according to the World Nuclear Report 2013. In July 2013, there were 66 reactors under construction around the world with a total capacity of 63 GW. However 23 of those projects have encountered construction delays. The remaining 43 reactors have not yet reached projected start-up dates or started construction within the last 5 years.

The rating agency Moody’s has estimated the Fukushima accident will likely result in a range of higher costs as a result of increased scrutiny, more stringent safety procedures, and longer maintenance outages.

By 2018 (five years before Hinkley Point is due to open), the UK price received for nuclear energy per MWh will exceed the generous £90 per MWh guaranteed for 15 years to be paid for UK wind power.

The changed balance of costs between nuclear and renewables has forced a rethink by UK academics studying the economics of renewable energy in an independent Scotland.

“We previously argued that, relative to remaining with the Union, Scottish Independence could substantially increase the cost to Scottish consumers of achieving its renewable energy targets,” said Dr David Toke, of the University of Aberdeen. “However, having reviewed the impact of the Government’s recent decisions on nuclear power and incentives for renewables, we believe that this is no longer the case.”

If Scottish electricity consumers were not burdened with these new nuclear costs, their transition to renewable energy would be cheaper.

If the nuclear sector and UK renewables are competing for the same capital pool, renewables may lose out. The government committed to investing £7.6 billion in renewable energy development and support up to 2020. But, at this time, there is no guarantee of any investment in renewables after 2020.

Why has the UK government made such an expensive commitment to nuclear?

There have been warnings from the energy regulator, Ofgem, that the UK may have difficulty meeting peak electricity demand when older coal power stations close in a couple of years. But that crunch will occur long before the Hinkley Point plant is commissioned.

“The government is not simply taking a decision on which technology is the cheapest,” Kirsty Alexander of the Nuclear Industry Association told the BusinessGreen web site. “It’s about a judgement on the country’s energy mix in the future. To meet our carbon targets we’ve got to almost completely decarbonise by 2030 – we’ve got to get on with it.”

If it is completed on time, Hinkley Point will provide around 7% of expected electricity demand in the UK in the mid-2020s. While old or new-build nuclear plants may make a contribution, the majority of the UK’s decarbonised energy needs will still have to be met from other sources.

In recent statements, the government has talked of the importance of the nuclear industry as a provider of base power.

There is a preference for centralized, large scale solutions throughout the UK legislative system, says Catherine Mitchell, of the University of Exeter. The energy codes and licensing system are not designed to promote a transition away from centralized power generation. There is no requirement on the regulator Ofgem to deliver that transition, she says. Instead, Ofgem acts as a techno-economic assessor dedicated to maintaining the energy system as it is.

Opportunities for medium-scale renewable energy generators to sell their power is also very limited. The UK gas and electricity markets are dominated by six large companies, who supply 98% of UK households and generate 70% of the electricity. Four of the Big Six do not buy power from medium-scale independent generators at all.

A new Energy Bill is moving through Parliament. It includes plans to improve the liquidity and transparency of the UK electricity wholesale market. But the government has been reluctant to take on the role of buyer of last resort. Without a guaranteed buyer for the electricity, investment in renewable generation becomes problematic, says the smaller generation companies.

Nuclear, despite its high price, may be the easiest political option. While the British public’s support for onshore wind power is very strong, there has been vocal opposition from natural supporters of the government.

At the end of the 1960s, Britain, in partnership with other countries, invested massive resources in a supersonic airliner, the Concorde. Concorde devoured fuel and was extremely expensive to keep in the air. Before the first commercial Concorde flew, the whole concept seemed out of date.

The high price that Britain is paying for nuclear energy is the price they must pay for a continuation of the centralized network with big generation that they have been long comfortable with. In an age of smart grids and distributed generation, that centralised network looks out of date. Nuclear is Britain’s return to the age of Concorde.