Pakistan Looks to Wind Power in a Crisis 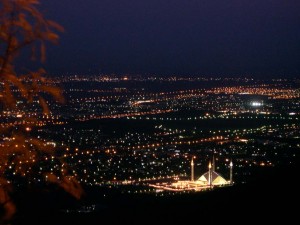 Pakistan’s national electric power regulatory authority has proposed a feed-in tariff for wind power projects of 14.66 US cents per kWh to run for 20 years. The tariff will be limited to projects of 5MW to 250MW that achieve financial close before the end of 2012.

A tariff of almost 15 US cents is one of the highest on offer in the world, according to Mr. Akhtar Ali, author of Pakistan’s Energy Development: the Road Ahead and a former Harvard Fellow on energy policy: “In India, the tariff is 3.5 rupees which is about 8 cents. Most tariffs around the world vary between 8 and 12 cents,” he says.

Pakistan first offered a tariff of 9.5 cents per kWh in 2006. No project developer took it up. Pakistan’s only installed wind farm, of 6MW capacity, was built by a Turkish wind farm developer for a tariff of a little under 12 cents. In June this year agreement was reached with FFC Energy for the construction of a 49.5MW on a higher tariff.

Speeding and streamlining the process

The tariff is at the center of a range of initiatives designed to make investment in wind power more attractive to domestic and external investors. There is a scheme to make leasehold land available for the life of projects at just $10 per acre. All electricity produced will be purchased. Help is available with environmental impact assessments and streamlined government permissions. The only contribution to government coffers would be a 7.5% tax on dividends declared during the life of the project and revenues from Certified Emission Reductions would be shared with the government.

The government decided to move away from calculating tariffs on a cost-plus basis for wind projects because the process was so time consuming. They felt it was one of the factors discouraging wind farm development. And the cost-plus approach was resulting in tariff offers of more or less 15 US cents but taking 6 months to do so, says Akhtar Ali. So why not standardise the rate and save time?

The government’s efforts are attracting interest. Recently NBT, a Norwegian power project developer, declared its intention to invest $1 billion to build 500MW of wind projects in Pakistan. They would complete the first 250MW within 18 months of reaching agreement with the government. Other European and Chinese companies are applying for wind power tariffs.

Wind projects can move from the permissions stage to generation in less than two years and that makes them very attractive to the Pakistani government. A mountainous country with considerable coastline, the government estimates that Pakistan possesses wind power generation capacity of over 350 GW. The initial development sites in Sindh State, near to the sea in southern Pakistan, provide excellent conditions combined with easy access and are near to major centers of population.