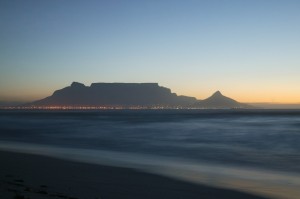 Round 1 of the renewable energy development program (REIPP)in South Africa is finally under way. The government will sign final agreements with 28 project developers in the next few days. They plan to build 1.4 GW of generation capacity and invest US$5.4 billion.

The government has also announced plans for a major extension of the renewable energy program. The original plan was to build 3,725 MW of generation capacity by 2016. Now, a further 3,200 MW has been added to the program (to be completed by 2020).

The deadline to achieve financial closure for the first round projects had originally been June. A series of new deadlines were announced – and missed, leading to speculation that the whole program was in trouble.

The biggest challenge for the successful bidders was getting started. Christine Wörlen, international renewable energy expert, said that she expected the ‘wave’ of deployment in the country to be slow in the beginning, as few investors delve into a new technology in a new country right away. She commented: “The main challenge is getting started.”

However, the government has also encountered its own delays in meeting its commitments following the bidding process, according to the South African online publication Engineering News.

The US government has South Africa with a facility for $2 billion in loans to fund renewable energy ventures involving American companies, according to reports from Associated Press. The 18-year low-interest loans will be funded via the US Export-Import Bank, a vehicle designed to promote US exports.  US and South African officials signed a formal agreement for the loans during Secretary of State Hilary Clinton’s visit to South Africa in August 2012.

Rounds 2 and 3 pushed back

The deadline for financial closure of the 19 projects chosen in Round 2 has been extended from December 2012 to March 2013. According to Engineering News, further delays in round 2 could have material costs implications for the preferred bidders where they have already concluded contracts with suppliers. Projects requested in the third window will be much smaller than in the previous two rounds. The government will call for tenders for projects of between 1MW and 5MW.

The submission date for bids for Round 3 has been moved to May 2013.

Yes. There has been a series of delays. That will have increased some costs and it must have been frustrating for those ready to go earlier… But the good news is that South Africa is moving forward and it has not lost its ambition.