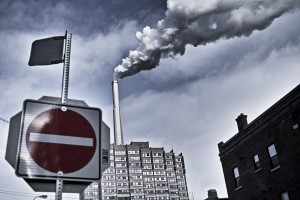 Germany faces a major challenge if it is to achieve its to generate 35% of its electricity needs from renewable energy sources by 2020. And, the decision to phase out nuclear energy by 2022 increased the risk of failure.

The renewable energy sector has grown rapidly in Germany in recent years. By the end of 2011, the country was able to meet over 20% of its needs with renewables. But plans to reshape the country’s transmission network has suffered delays. The readiness of the government to deliver its self-proclaimed ‘energy revolution’ has been questioned. And most of all, the cost of the program to subsidize renewable energy development and roll-out is worryingly large.

Germany was praised for providing investors in its renewable energy industries with greater certainty about future earnings, by publishing a schedule for future stepped reductions in feed-in tariff levels for PV. However, the government recently abandoned that approach with an unscheduled cut in feed-in tariff levels of up to 30%. Ballooning costs were a higher priority than investor certainty.

At first glance, the ETS does not seem like a better solution than the feed-in tariff. To date, the ETS scheme has been unsuccessful.  During 2011, for the third consecutive year, supply of ETS emission certificates exceeded demand. Oversupply pushed the price of ETS certificates to record low values. When emissions certificates are cheap, there is little incentive for companies to invest to reduce their emissions.

It is generally recognized that governments have reduced demand for ETS certificates by flooding the market with give-away certificates– to protect the global competitiveness of their energy-intensive industries. To tackle that issue, the European Parliament called for a ‘set-aside’ scheme that would reduce the numbers of certificates made available in future years. European Ministers met in late April to discuss ways to salvage the scheme.

Feed-in tariff schemes across Europe add to the problems that the ETS is suffering, according to Professor Vance.

Feed-in tariffs are an extremely expensive subsidy. Vance calculates that German PV installed in 2008 at a feed-in tariff of €0.42 per kWh costs €716 for every tonne of carbon emissions it eliminates (or ‘abates’). The International Energy Agency calculated the cost at closer to €1,000 per tonne abated.

By contrast, the cost of an ETS certificate in March 2012 to emit one tonne of carbon was just over €6. At no stage since the establishment of the ETS has the price of a certificate ever exceeded €30.

Feed-in tariffs can deliver a lot of renewable energy. But they are a blunt instrument, says Vance. They require electricity suppliers to buy energy in unlimited quantities at a very high and guaranteed price for a very long period. Once the feed-in tariff is in place, there is little incentive for the generator to lower the costs or improve the efficiency of generation. To date, the German feed-in tariff scheme has cost the country over €100 billion.