The Fight Against Climate Change Must be Obama’s Legacy 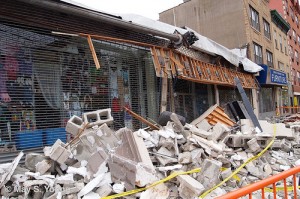 On Tuesday last week the earth breathed a sigh of relief as Barack Obama was re-elected as President of the USA. Although the popular vote – if not the final electoral college result – was close in America; the overwhelming majority of the rest of the World was supporting Obama. A BBC poll in 21 countries around the globe held two weeks before the election found that respondents in 20 of them wanted an Obama victory by large margins, with only citizens in Pakistan preferring Mitt Romney.

The reasons why the rest of the World so clearly supported Obama are a mixture of country specific and global factors, and high on the list of worldwide issues is climate change. Across the planet people recognise the importance not only ofAmerica reducing its own greenhouse gas emissions, but also of the world’s most powerful nation recognising its responsibilities and playing a leading role in the international fight against climate change. So far America has made limited progress on the first and has failed dismally on the second, but nonetheless it was clear that there was far more prospect of moving forward on these crucially important issues with Obama as President than with Romney.

So, now that he has won his second term, will Obama ‘step up to the plate’ on climate change? The short answer is that he has to! Which ever way you look at it this is an issue which can no longer be ignored by the American government. And if the President and his strategists still need convincing then they need look no further than the election campaign they have just won.

As I discussed in my previous blog, climate change never got a mention in the presidential debates or for the great majority of the campaign. Even if you argued, as I did, that this could be viewed as a backhanded acknowledgement of the coming of age of renewable energy, it was made to look utterly bizarre when Superstorm Sandy roared up the East coast of the USA claiming at least 90 lives and causing upwards of 50 billion dollars of damage. Although it may seem distasteful to view a disaster in this light, the truth is that it came at an opportune moment for the Obama campaign, stalling the momentum that Romney had built up and allowing the incumbent to look ‘presidential’ as he dealt with the aftermath. Romney’s jibe at the Republican convention that “President Obama wants to turn back the seas” backfired totally as former President Bill Clinton retorted in Sandy’s wake that “In my part of America we would have liked it if someone could have done that yesterday.” We don’t know what the result would have been if Superstorm Sandy hadn’t happened, but it’s easy to make a powerful and cogent argument that the effects of climate change played a critical part in Obama’s re-election.

The grim reality of course is that these impacts are becoming daily more visible the world over and the USA will suffer along with every other country. Sandy was preceded by the worst drought in 50 years across the agricultural Midwest, sending food and gas prices up sharply, and summer heatwaves affected the East coast leading to dozens of deaths. Climate change is the elephant in the room and while, to stretch the analogy, it may just be possible to ignore an elephant standing quietly in the corner, it is impossible to ignore one that is rampaging around destroying everything in its path. Americans can feel the results of climate change for themselves and see what this means for their quality of life and standard of living and the likelihood is that these consequences will only become more pronounced over the coming years.

Perhaps the single most important thing that the President can do now is also one of the easiest. Talk about climate change! Mentioning it in his acceptance speech was a start, but he now needs to be vocal, assertive and forceful in arguing that man made climate change is real and that our behaviour needs to change to avert a global disaster. By all means he should carry on making the case for green energy and jobs that he made in the election campaign, but these arguments exist in a semi-vacuum if climate change is ignored. He must thrust climate change to the top of the domestic and international agenda, and the Doha summit at the end of this month is the perfect place to start.

Second term Presidents, unencumbered by the need to worry about their re-election, traditionally turn to thinking about their legacy. Yes Mr Obama has got some pretty big issues on his plate, the budget deficit and Iran to name two, but climate change is the biggest single issue facing mankind and further failure to even mention it will not only be seen as perverse and bizarre, but will destroy his legacy. There are powerful vested corporate interests in America who will gladly deny climate change if it helps their pursuit of profit, and given the need to raise huge sums of money to contest an election campaign Mr Obama’s reticence so far may just be forgivable. Continuing silence will destroy his place in history. Firm action and leadership from the most powerful individual on the planet on the other hand will see the whole world breathe a little easier.