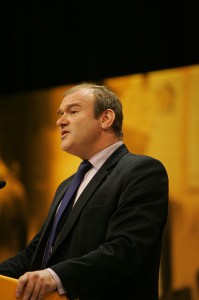 Finally! It’s only taken two and a half years, but at last the coalition government have published their long awaited Energy Bill. It has been a tortuous process: dogged by interminable delay, protracted political infighting, behind the scenes wrangling and bovine interventions  – most notably from David Cameron and Junior Energy Minister John Hayes. We are often told that getting legislation right is more important than doing it quickly, and no one could accuse the government of rushing, but now that it’s actually arrived, what will it mean for energy policy and the environment?

My initial reaction is to give the Energy Bill a cautious welcome. It could certainly have been better, but nonetheless it is an important step in the right direction towards decarbonising our electricity supply and substantially increasing generation by renewables. It also clears up important issues in the short and medium term, which should allow crucial investments in power generation and distribution to finally go ahead. Energy and climate change secretary Ed Davey and his Lib Dem colleagues should be praised for ensuring that chancellor George Osborne wasn’t able to totally eviscerate the Bill on the altar of his ill conceived ‘dash for gas’.

In particular the Bill reaffirms the commitment to comply with the government’s legally binding targets to generate 30% ofBritain’s electricity from renewable sources by 2020. Crucially, it sets out the support mechanism, known as the “green” levy which will underpin the necessary investment, currently estimated at £110 billion. Energy firms will be allowed to increase the levy from the current annual £3 billion to £7.6 billion by 2020 giving them the financial certainty they need to carry out large scale capital intensive projects.

Further good, if belated, news is that alongside the publication of today’s bill the government has launched a consultation on increased incentives for energy efficiency. While a drive for greater energy efficiency should have been a basic tenet of the Bill from the start, since saving energy is generally far cheaper than building expensive new generation capacity, it is better late than never.

The weakness in the Bill comes in the lack of certainty over long term targets and direction. While no doubt it twas ever thus in the energy sector, the government had clear and unequivocal guidance from the independent Committee on Climate Change (CCC) that a target of decarbonising the power sector by 2030 is necessary. But this is not included in the Bill.

The omission of this target represents Mr. Osborne’s  ‘pound of flesh’ in the negotiations, and he no doubt sees it as providing room for his preferred option of more future gas power generation. However, his ambition has hopefully been thwarted by the intervention of Labour leader Ed Milliband.

When the absence of the 2030 target became public last week, Mr. Milliband instantly let it be known that any future Labour government would rapidly introduce it. With the polls currently indicating a Labour victory at the next election this was a statement that mattered. Put simply, anybody planning to build a new gas fired power station at the moment is faced with the very real possibility that it will have to be decommissioned in 2030, well before the end of it’s lifespan – or in other words they will have a stranded asset.

Mr. Osborne may have other ideas, but the publication of the Energy Bill and Ed Milliband’s commitment to a 2030 decarbonisation target mean that right now renewables investment looks a better bet than gas. That’s good news for all of us!

Writer of the Greenland blog about environmental and energy issues on the Greenwell future website.
View all posts by Rupert Sheldon →
← Wind Power Sector in Turkey in Take-Off
German University Clusters of Excellence receive Funding →