Wind Power in Brazil is Cheaper than Gas 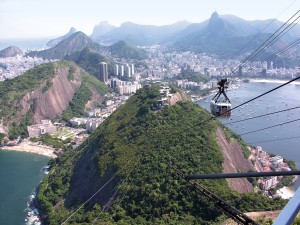 Wind power in Brazil can compete directly with natural gas and the price of Brazilian wind projects is showing a steady downward trajectory, according to Mauricio Tolmasquim, president of EPE, the Brazilian national energy agency.

In August EPE had announced the winning bid prices in an auction to provide 1.5GW of wind capacity to come online in 2014. Developers of 44 wind farms bid an average of BRZ$99.58 (US$62) per MWh – below the average price for the two natural gas projects (BRZ$103.26), and a hydro project (BRZ$102). Average bids for four biomass plants burning bagasse, the waste from sugar cane processing, were higher again (BRZ$102.41 per MWh). The bids for wind projects were 24% lower than in a similar auction the year before. There was some concern expressed when the bids were announced that the developers may have got caught up in the excitement and bid at prices below their costs.

Yet, a little more was shaved off the price in a second auction for 1.3GW of reserve wind power capacity. A further 34 wind project developers bid an average of BRZ$99.54 per MWh. Bids for seven biomass plants averaged BRZ$100.40. A price of less than BRZ$100 per MWh for wind was “unthinkable until recently”, Tolmasquim told Reuters news agency.

Brazil had around 1GW of installed wind capacity in 2010, mainly in the North East. It accounts for around 2% of total electricity generating capacity. That is going to grow dramatically over the next eight years. The government’s energy plan to sets out an increase in installed electricity-generating capacity from 110 GW to 130 GW by the end of 2014 and 167 GW by the end of 2019. Around 12GW of that capacity will be wind.

There is strong public support for the advancement of wind energy says Dr. Fernando Ramos Martins, from INPE, the Brazilian National Institute for Space Research. “They understand the advantages renewable energy has to offer,” he adds. One of those advantages is employment. The auctions have attracted major international engineering groups and original equipment manufacturers. Winners in the latest wind auctions include Alstom, Enel Green Power and Iberdrola. Vestas is one of the international companies establishing an industrial presence in Brazil. Having secured orders for 600MW of turbine capacity on Brazilian wind farms they are constructing a new assembly plant. It will turn out 400 nacelles a year for their V90 and V100 turbines, representing an annual capacity of around 800 MW.

There is a bottleneck due to a lack of people with the technological and research skills to take the wind industry forward, according to Dr. Martins. “Until a decade ago, people working on energy issues were only concerned with hydro.”

The country has undertaken a major electrification program since 2004. Connections serving more than two million people were added to the grid. Today more than 98% of households are electrified. However, energy consumption levels per capita are only about one third of those in Europe. Electricity demand is expected to increase at more than 5% per year through to 2014. Investments of more than $27 billion are planned to improve and expand the electricity grid, as well as to fund some overseas activities, over the next three years. Foreign investors, including the Chinese, have purchased Brazilian companies in the sector to win some of the business, going forward.

Wind and hydro are complementary, says Dr Martins. His research team at INPE, jointly with Universities of Itajubá and Rio Grande do Norte, are researching the feasibility of establishing wind farms at hydropower plants. When hydro energy generation drops during the dry season, wind may be able to replace much of the shortfall.

The Energy Plan provides for the continued addition of large dams, but it also seeks to avoid hydro dependence by developing natural gas generation and other forms of renewable energy. Brazil will have major flows of natural gas and oil coming onstream in the next few years, following finds both on land and offshore. (At present Brazil can meet about 60% of its gas needs from domestic production.) Infrastructure investment over the next few years will be very large, including the development of a national gas pipeline network.

The Brazilian renewable energy industry is most famous for its ethanol-powered vehicles. The Brazilians have developed an ethanol transportation sector program not once but twice. In 1975, the government launched a major plan to move Brazilian private transport to ethanol. By 1985 over 90% of the cars on Brazilian roads were running on the subsidized fuel. But subsidy reductions and pressure on the price of sugar brought the program to a pretty rapid halt. By 2003, only 6% of new cars sold ran on ethanol. The second wave began in 2003 with the launch of the first fuel-flexible vehicle, capable of operating on either gasoline or ethanol. At the same time, the government gradually increased a requirement for a biofuel element in Brazilian vehicle fuels. In 2010 it reached 25%.