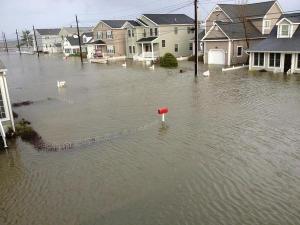 Those are some of the rather ambitious aims of New York State’s “Reforming the Energy Vision” policy package. The Brooklyn-Queens Demand Management Program will be the first attempt to put their ambitions to the test. It is being seen as a pilot for electricity systems across the United States – and around the world.

Electricity demand at peak times in New York has been climbing. In the Brooklyn-Queens area meeting the growing demand would traditionally have resulted in an investment of around $1 billion in substations and transmission infrastructure by the local utility company, Con Edison. But the New York State Public Service Commission wanted to try a different solution.

At the same time, solar power and other forms of renewable energy are booming across New York State. During 2014, 2,000 solar installations came online across Con Edison’s New York territory, more than all the solar installations prior to that year. Solar power can be difficult for a utility to manage because it is distributed across a wide area. That can lead to congestion on the power lines, especially where demand for power and generation are far apart. A cloud can cause a sudden drop in a solar panel’s output. Solar output soars at mid-day, dropping away rapidly in the evenings – just when the lights are going on.

When Hurricane Sandy hit New York in 2011, it exposed a further weakness in the city’s electricity system. The electricity grid is a single large machine that needs to be in synch. Damage at crucial points could knock out power in large areas that were otherwise unaffected by the storm. If the grid can be broken down into parts – with each part balancing its own electricity generation to meet local demand – the resilience of the entire system can be improved.

Ten years ago, many of the problems posed by the New York grid would have been insoluble. But the internet is revolutionising grid management. Smart meters in homes and businesses, together with sensors, control and communications tools throughout the electricity transmission and distribution networks, are beginning to data in enormous volumes. It gives network managers an unprecedented real-time view of what is happening and opens up new management and commercial opportunities.

For example, industrial processes that use large volumes or electricity can be shut down temporarily in response to demand surges. Power to food cold stores could be cut, kicking back in when the store temperature rises above a pre-determined level. Water heaters in homes could start up in mid-morning and shut down before the evening peak demand begins. Sometimes only seconds of electricity demand shut-off or extra generation are needed. Batteries and other forms or energy storage can provide short or long bursts of power when needed.

A market of mixed solutions

New York’s solution in the Brooklyn-Queens area is to search out or create this mix of renewable energy generation, demand-response opportunities, energy storage and energy efficiency measures. They are grouped together to form a market of solutions that can be called on by Con Edison in response to power demand peaks and troughs. It is managed using a combination of internet technology and special market rules, known as a ‘Distributed System Platform’ (DSP).

Deciding which solution to use in response to a demand surge will not be decided on price alone. Factors such as the amount of pollution that would be generated will be taken into account.

Communities can set up their own mini-utilities, called Community Choice Aggregators, that can manage their own power generation and demand management. Four New York communities have already expressed an interest in forming CCAs – even though the regulations are not yet finalised.

And the rules are also attempting to take social factors into account. Poorer communities don’t tend to own properties. That excludes them from earning money from solar panels on their roofs. Therefore, the rules will look to favour solutions that reduce the power needs of poorer communities.

The New York State Commission has also bent its ownership rules in the interests of the poor. Some years ago, utilities that retail electricity in New York were banned from operating electricity generation facilities. However, Con Edison will be allowed own local renewable energy generation facilities or demand management software if it reduces the bills that poor locals face. Con Edison is also being encouraged to partner with renewable energy or software companies with innovative solutions to energy demand management. Microgrids will be encouraged to break down complexities into more manageable chunks.

The New York Revolutionary Energy Vision is an experiment. Market rules have a habit of creating unexpected consequences. The rule-makers expect to have to change and adapt. This will be a real-time management challenge of enormous complexity. It is highly likely that there will be mistakes and failures.

Yet, you would not expect the Big Apple to stand back from a challenge.