Investors in Indian wind energy want rapid depreciation as an incentive not feed-in tariffs – choosing certain savings now over government incentives that are dependent on the performance of their wind turbines. Developers in India installed a record 2,827MW of wind energy capacity in 2011. China and the US were the only countries to install […] 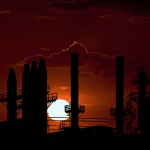 This article was first published on Leonardo Energy on 16th May 2011 With India’s $1 trillion-plus economy achieving GDP growth of 8.5% in 2011, expected to increase to 9% in 2012, the Indian Government is unable to grow its energy infrastructure fast enough to meet demand. An extra 70 GW of power was planned between 2008 […]