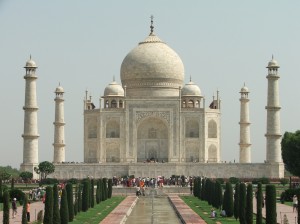 Investors in Indian wind energy want rapid depreciation as an incentive not feed-in tariffs – choosing certain savings now over government incentives that are dependent on the performance of their wind turbines.

Developers in India installed a record 2,827MW of wind energy capacity in 2011. China and the US were the only countries to install more. Over 70% of the developers in India chose to take up the government’s accelerated depreciation incentive scheme rather than an alternative generation-based incentive. The government had intended to scrap the accelerated depreciation incentive from 1 April 2012. But it has proven too popular to scrap, according to the Economic Times of India.

A series of financial and fiscal incentives are offered to wind power developers by the Indian government on top of state-level incentives. Developers are exempt from income tax on all earnings generated from their project for ten years. Loans at a reduced interest rate are made available to them.

When the Indian Ministry for New and Renewable Energy introduced the Generation-Based Incentive scheme in December 2009, they planned to subsidize up to 4,000 MW through the scheme by March 2012. By March 2012, developers had applied for less than half the incentive available. By contrast, over 70% of wind power projects during the period were registered under the accelerated depreciation scheme and large numbers of investors in the Indian wind industry had lobbied hard for the continuation of the depreciation scheme.