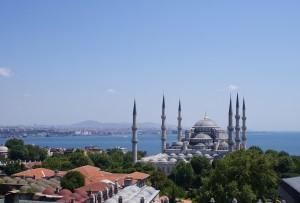 Installed wind capacity in Turkey reached 2,000 MW by late 2011, according to Professor Tanay Sidki Uyar of Marmara University. There has been strong and accelerating growth in the sector since 2007, when capacity was just 147 MW.

New supportive legislation and an increase in the feed-in tariff at the end of 2010 and a government commitment to 50,000 MW of wind connected to the grid by 2020, are encouraging further growth. The government’s immediate target is to have 5,000 MW of that wind power capacity grid-connected by 2015.

The Turkish feed-in tariff for wind now stands at 7.3 US cents per kWh. The government offers additional incentives if there is a local component in the manufacture of the wind turbine. Local involvement can increase the tariff to around 11 US cents per kWh. Wind developers can sell into a national power pool or they can contract privately with customers where prices are generally higher than the guaranteed price. Turkey’s national transmission company is required to provide grid connections to all renewable power projects.

While local manufacturing has been limited to blades and towers, Vestas and others are considering expanding production in areas such as nacelles. A national research project to develop a 500 kW wind turbine from purely Turkish components was kept secret for more than two years. The first 500kW machine will be launched in 2013, to be followed by a 2.5 MW turbine in 2014. More than $27 million has been invested in the project so far. Professor Uyar is critical of the project “A 500kW wind turbine is the technology of 1996,” he says. The designs of larger turbines can be purchased for far less than the government invested, he believes. “We need also small turbines in rural areas as a community power. This should not be underestimated. But for grid connection applications, 500kW is not enough.“

Turkey’s massive wind resource has long been recognized. Professor Uyar calculates there is a technical potential with today’s technologies of 150,000 MW. The first 19MW of wind farms were installed in 2001 and there were plans for a number of further wind projects with government support. But the Turkish state ran into financial difficulties and needed IMF help. Advanced tendering plans for around 17 wind farm projects were abandoned.

In 2005 the country’s first Feed-in Tariff for renewable energy was introduced at a little over 5 US cents per kWh for a period of ten years, and a favourable licensing regime was established for renewable energy projects. Over 3,350 MW of wind energy licences were issued. A 30MW wind farm using GE turbines went into operation in 2006, illustrating that the new regime could be profitable. But there were continuing calls from the industry for a feed-in tariff that would deliver better returns on investment. The 2010 law was an answer to that call.

The best wind resources are around the Sea of Marmara, between Istanbul and the Mediterranean. It is also the area where 30% of the country’s population lives. Wind availability around the sea of Marmara is about double that found in Germany or Denmark. In fact, few places in Europe other than Ireland and Britain can better Turkey’s wind resources.

The country’s carbon emissions increased by almost 140% between 1996 and 2007. There is international pressure to ensure that those emissions are capped. Turkey signed the Kyoto Protocol in 2009, though few initiatives have been launched by the Turkish government in that area.