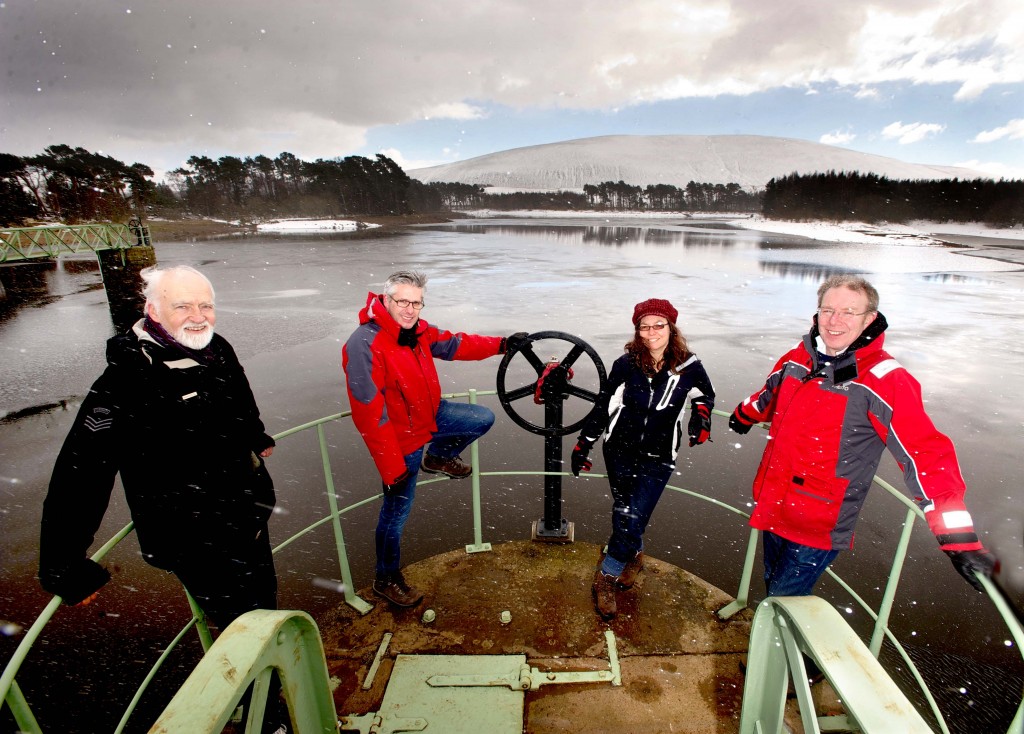 The Harlaw Hydro Project at Balerno, East of Edinburgh, may be small, but it has faced some major challenges. It has been able to steer a path with the help of some high quality volunteers from the community, including architects, land surveyors as well as senior bankers and lawyers.

The team avoided some opportunities where they came with complications or uncertainties attached.

“We could have made the scheme more efficient by building the turbine house further down the valley,” says Ian Hynd, one of the Harlaw Hydro board members.

“But apart from the physical problems that would have involved us with multiple land owners. Our land surveyor evaluated the economics and concluded any advantage gained from a bigger scheme would be rapidly eaten up by the legal situation we would find ourselves in. “

the start of the project, the level of uncertainty was high.  Estimates of the potential costs of the scheme varied enormously. Two feasibility assessments were undertaken in an effort to pin down the unknowns.

The Harlaw Hydro board of directors were successful in raising grant funding to help with the cost of project scoping. They received some welcome advice from Community Energy Scotland – though it had its frustrations. The quango’s information did not extend to technical advice. As Ian put it: “They could give us a list of consultants and contractors, but they couldn’t tell us who is any good.”

“Community Energy Scotland used to be the gatekeeper for grants issued to bodies like ourselves to develop and even to install systems,” says Ian. “Those grants have all disappeared and been replaced by loans.  They were certainly prepared to fund up to £120,000 with a loan if we raised three quarters of our needs in other ways. But they were looking for 10% interest, which is awfully high. “

There was an added condition with the Community Energy Scotland loan. They wanted to appoint their own consultant to assess the turbine scheme at significant cost – and they wanted the Harlaw project to pay for it.  That pushed the potential costs higher – and made the loan impractical, in the eyes of the Harlaw Hydro board.

Instead, the board were able to identify more competitive sources of potential finance among the commercial banks.

Wherever possible, the Balerno Village Trust sought to fund the development from its own resources rather than borrow.  To date, the Trust has invested more than £7,000 in development of the scheme.

The 6% fixed interest shares are a far cheaper source of funding than commercial loans for the scheme. However, the experience of other schemes suggested that no more than £120,000 could be raised via the share route.  In three weeks, Harlaw has already attracted £140,000. This is the project that disproves the rule.

Harlaw Hydro were helped meet legal challenges with support from the Co-operative Enterprise Hub. The company formation that was eventually chosen for Harlaw Hydro – a Cooperative Society for Community Benefit – had cost benefits. It allowed them to sell shares that offered a fixed return within a narrow interest rate band (4% to 6%) while avoiding the expense of full compliance with the reporting and auditing requirements of the Financial Services Act.

Offering a fixed interest return that was competitive and comparable to savings rates on the high street suited the aims of the project.

“We never really wanted to offer too high an interest level,” says Ian The purpose is not to make profits but to put money into the community. That was also the feedback we got from people around the village.”

Edinburgh’s Planning Department took a very positive approach to the scheme. But their application for a water extraction licence to the Scottish Environment Protection Agency (SEPA) caused a few heartaches. Would the scheme fall foul of SEPA’s commitment to wildlife protection?

Ian feels that there are so few of these types of Hydro project, and their development is so recent, that SEPA is feeling its way forward.

“SEPA have got a whole list of competing demands and there doesn’t seem to be any clear direction on how they implement their remit. If we were going for a run-of-the-river scheme, we felt that SEPA would have objected. They wouldn’t like it, we felt, if we were working on a live river.”

Therefore, SEPA’s contention that the natural river ran right up to the dam wall had the potential to endanger the whole project. The committee were able to show that the river course was man made and SEPA became more amenable.

At present, the Harlaw team are in negotiations with turbine suppliers and building contractors. They are hoping for some savings on their construction budget

“Once you mention that it is a hydro scheme your costs seem to rocket up by 50% or 60,” says Ian. The budget fo the turbine house is about £60,000 but in any othe field of construction it would be around a £20,000 project. It is just a basic brick and block secure shed, not much bigger than a double garage.”

As the project moves towards financial closure and into the construction phase, the level of risk should diminish. But there will always be risks. Eighteen months ago it was discovered that one of the penstock pipes running through the dam was cracked and needed replacement. Had dam repair become a part of the cost of the hydro project, it economics would have become unviable. Edinburgh City Council treated the repair as a public safety issue, picking up the bill themselves. The hydro project escaped.