Competition does not melt Corruption 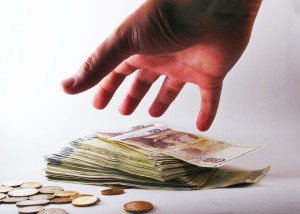 As competition grew in Russia’s new capitalist economy at the end of the 1990s, so did the levels of corruption, according to research by Audencia academic Bertrand Venard.

Venard is at present a Visiting Professor at the University of Oxford. He was formerly research director at Audencia and has worked at or collaborated with researchers at a range of universities and colleges from the Joint Forces Defense College to the University of Geneva, London Business School, and the University of Cambridge. Venard was also a Senior Consultant on strategy and organization issues at  PriceWaterhouse Coopers.

“Everybody is doing it”

Imitation was an important factor in the increase in Russian corruption, says Venard. When firms realize their competitors are corrupt, the likelihood that they will copy and also use corruption is extremely high. When corruption becomes endemic – as it has in Russia – even good laws, an independent judiciary, and authorities willing to enforce the laws, will have little influence.

The greater the personal interest, the more corruption there will be. Many people will pay no respect to ethics or the law if the reward is millions of dollars.  People living on $1 per day may be equally willing to ignore moral barriers for a reward of $1,000.

Some researchers had argued that the simplest way to get rid of corruption is to get rid of government. But Venard found that some involvement of politicians and bureaucrats in the economic life of companies actually reduced corruption. In countries such as Somalia, where there is no effective government, corruption becomes necessary for virtually every transaction. A little cash is needed to grease the wheels at the local hospital or to get a road checkpoint barrier raised.

Venard identifies two important weapons in the battle against corruption: a free and independent press, capable of exposing fraud and those who commit it; and strong non-governmental organizations backed by a growing middle class. Societies dominated by small elites are more corrupt. Finland, where income levels are pretty uniform, is the least corrupt. Despite some big corruption scandals in India in recent years, Venard predicts that Indian corruption levels will drop as the middle class grows ever bigger.

And imitation can be a weapon against corruption as well as a driver towards corruption. Multinationals receive a lot of bad publicity, but they have often been a force for good, Venard has found. Multinations spread norms of behaviour that influence others positively if they come from countries where corruption is condemned not only by law but also by business practice.

“You could say that multinationals reduce the practice of corruption subliminally,” says Venard.