Crisis Response often Overlooked as a source of Management Lessons 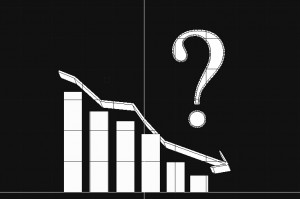 Managing or avoiding crises is one of the primary tasks for senior managers at all organizations, yet the academic literature on decision-making in times of crisis is not yet well developed.

“Business schools tend to teach about growth periods, but management responses to moments of extreme crisis should be important for business managers and business schools,” says Achim Schmitt, an Assistant Professor in the School of Management at Audencia Nantes.

Dr. Schmitt has recently completed a collaborative study with researchers at Harvard Business School and the University of Geneva on Samsung Electronics’ transformation from crisis to global market leadership.

Organizations in both good times and bad are constantly faced with a dilemma: “Should they invest in innovation and explore new possibilities or drastically reduce costs and exploit their position by being as lean as possible?” says Dr. Schmitt.  Case studies of companies in crisis provide the opportunity to examine that dilemma on a hot plate.

Part of the reason crises have not received the attention they deserve from academics is because gathering research data on them is not easy. “When things are going well people are very happy to tell you their success stories and strategies. But when companies are in crisis and need a turnaround or a Chapter 11 bankruptcy restructuring, then they don’t have time to look into the ‘why’ questions, ” says Dr. Schmitt.

Value in Crisis
In the teeth of the 1997 Asian banking crisis, Samsung’s CEO Yun Jong Yong transformed a traditional Korean conglomerate into a world leader in exciting new product categories such as cell phones and HD TVs.

With stock markets tumbling, local export markets disappearing, their primary product—the DRAM computer chip—dropping in price, and unemployment on the rise, the standard response to the crisis Samsung found itself in would have been to slash production costs and shrink investment in non-core ventures, says Dr. Schmitt. But Mr. Yun did not do that.

Instead, he split Samsung into autonomous business units. He encouraged the business units with mature products and falling prices to cut back hard, freeing resources for units in developing product sectors to invest in innovation. Mr. Yun also introduced outside managers and established a system of performance-based promotion.

Asking business units to move in radically different directions could be a confusing strategy in normal times, and there are added dangers in times of crisis, explains Dr. Schmitt: “In problem situations, the company doesn’t feel stable, employees are considering leaving, there are rumors from many sources, everyone wants to know where they are going.”  Mr Yun’s solution was to come up with a single vision—but a vision that could be interpreted in different ways by business units that needed to take very different actions.

Samsung’s strategy of simultaneous exploitation and exploration rapidly delivered results, with profit increasing from $87 million in 1997 to $2.7 billion in 1999.  By 2002, profits reached had $5.9 billion and the company had attained global leadership in a number of fast-growing new markets.

“Crisis moments can create value that lasts for more than a few months,” says Dr. Schmitt. “Yet, so much research talks about growth and competition but not crisis. Learning from failure is an important message to get across.”

Aedan is a business communications specialist with interests in the development of new technologies and in environmental issues. He is a former managing editor of Supply Network magazine and former editor of Industry Europe. He has edited or written Annual Reports for public limited companies in the UK and the Netherlands. Aedan has also written extensively for Higher Education institutions, mainly on research and internal management issues.
View all posts by Aedan Kernan →
Competition does not melt Corruption →