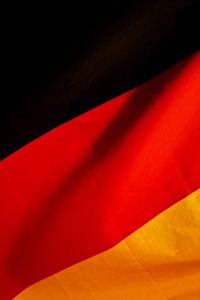 Germany has the best national policies for supporting and encouraging international study, according to new research undertaken by the British Council with support from the Economist Intelligence Unit.

The research compared the internationalization of higher education in 11 of the largest and most active countries in this area. It examined national performance in three categories: openness; access and equity; and quality assurance and degree recognition.

The British Council used the results of the survey to draw up a “Global Gauge” of the countries’ support for international education. When the results of all three categories were combined, Germany came out on top.

Germany has long been one of the most important destination countries for international students, with nearly 250,000 students from abroad studying in Germany each year—over 10 percent of the total student population.

The German government aims to have half of all home students spending at least one semester abroad during studies. A “Go out! studieren weltweit” (“Go out! studying around the world”) campaign was launched in 2006 by the German Academic Exchange Service (DAAD) to support this goal. This was followed by “Go east!” to encourage German students to study in East and Central Europe.

DAAD also sponsors over 55,000 individuals a year with competitive scholarships for Germans studying or doing research abroad, or international students and researchers coming to Germany.

Germany rates well for carefully monitoring and accrediting the offshore programs of its universities, having attractive visa rules that allow international students and graduates to work during their studies and after graduation, and for maintaining a dedicated body representing its universities abroad, GATE Germany, housed at DAAD.

Countries such as Australia and the UK scored well in the openness and “quality assurance” and “recognition” categories, but fell down significantly in the “access and equity” category. They demonstrated limited support to encourage home students and academics to experience higher education abroad, and provided relatively few financial incentives for international students.

Changes ahead for international education
The “Global Gauge” is an attempted snapshot of a rapidly changing global higher education landscape.

The increasing popularity of joint and dual degree programs, the introduction of English-taught courses and degree programs in many non-English speaking countries, as well as the Bologna Process to standardize degree programs across more than 40 European countries, have opened up new opportunities for students to study abroad.

While the US receives by far the most international students, and has five times more overseas branch campuses than any other country, it is losing market share to the UK, Australia, and China.

First Published on the US Chronicle of Education http://bit.ly/P6WjGG

Aedan is a business communications specialist with interests in the development of new technologies and in environmental issues. He is a former managing editor of Supply Network magazine and former editor of Industry Europe. He has edited or written Annual Reports for public limited companies in the UK and the Netherlands. Aedan has also written extensively for Higher Education institutions, mainly on research and internal management issues.
View all posts by Aedan Kernan →
← Gossip in the Workplace and Management
Good Designers Understand Business Management Constraints →