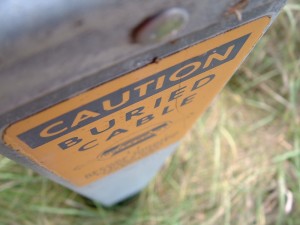 The levels of direct solar radiation in western and southern Australia make the region one of the best locations in the world for electricity generation from concentrated solar power. Throughout South East Asia there are major national infrastructure development programs underway to transmit electricity, gas or digital information. The Chinese are building a transmission system with over 10,000 km of HVAC and HVDC lines. The Palapa ring backbone in Indonesia will connect the eastern islands to the west of the archipelago with fiber optic cable.

The renewable energy vision is to connect these national projects as a supra-national super grid.  Australian natural gas and electricity from renewable sources could be provided to the billions of people across fast-developing mainland Asia and Japan. That is an idea promoted by an American former journalist based in Australia, Stewart Taggart.

The energy connections would move along a massive arc from Australia to East Timor in the South East, through Indonesia and Malaysia, to Thailand and on to China. A second HVDC arm would branch off in the Indonesian archipelago. Cable would be laid under the South China Sea to the south coast of China and then potentially on to the Korean peninsula and Japan.

International energy trade would provide the big advantage, argues Taggart: “When efficient markets are allowed to do their job it can bring prices down. That can reduce the overall costs of the infrastructure that’s needed to achieve that integrated market.”

The South East Asia grid plan was criticized in an article in CSP Today on the grounds that countries in the region would prefer to pursue energy independence. Stewart Taggart responds that they are far from energy-independent now and there is no reason why countries should not specialize and benefit from comparative advantage in energy, just as they do in virtually other product or service.

The distances across a South East Asian energy grid would be vast. Singapore is over 3,300 km of land and sea from Darwin and there is still another 1,400 km to travel to Bangkok in Thailand before the grid swings full to the East. Yet, in 2010, Siemens Australia described the long-term possibility of Australia becoming a renewable energy exporter as “realistic” and Taggart takes great comfort from a similar expression by the International Energy Agency.

In an article for Proceedings of the IEEE, Taggart and his colleagues made efforts at an initial costing for their South East Asian scheme. They came up with US $2.6 trillion for the land-based elements and $8.7 trillion for the undersea connections, or $66 billion per year for 40 years. That is only the cost of the transmission infrastructure. The article points out that Desertec North Africa-Europe expect transmission to account for 11% of the total costs of their project. Generation infratructure would account for the rest.

Getting everyone to agree

A common energy market would prevent individual states from achieving energy independence and energy security, according to critics of Taggart’s idea in CSP Today. Taggart points out that there is no reason why countries should not specialize and benefit from comparative advantage in energy, just as they do in virtually any other product or service. After all, nearly all those countries are dependent on energy imports – with considerable quantities of coal and uranium coming from Australia.

Yet, the political complications involved in getting China, Japan, South Korea, the ASEAN countries, and Australia to coordinate energy policy in support of a common energy market appear daunting. Political tensions that could scupper cooperation are not only between the biggest players. At the very first step after Australia, mountainous little East Timor, one of the poorest countries in the world, won its independence from Indonesia in 1999 through a bitter struggle. The Timorese may be uneasy at the concept of an energy common market with Indonesia.

All aspects of the grid are technically feasible, says Taggart, though he acknowledges there would need to be considerable research into confirming engineering feasibility. Natural gas connections are part of his plan. In the middle of the 650 km of sea between Darwin on Australia’s North coast and East Timor is a 32-km stretch of subsea terrain at a depth of more than 2km. Gas pipelines have been planned for depths of more than 3km. But the seas around East Timor are earthquake-prone. Dili, the capital of East Timor, was rocked by an undersea earthquake to its North East, measuring 6.8 on the Richter scale, in August 2011. Companies looking to exploit the oil and gas reserves off East Timor’s coast have been battling against the government’s request for pipelines to the shore. They would prefer a floating solution.